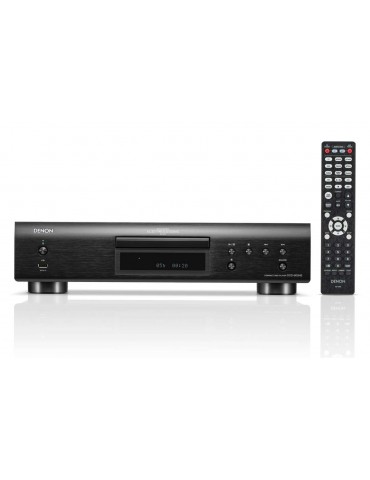 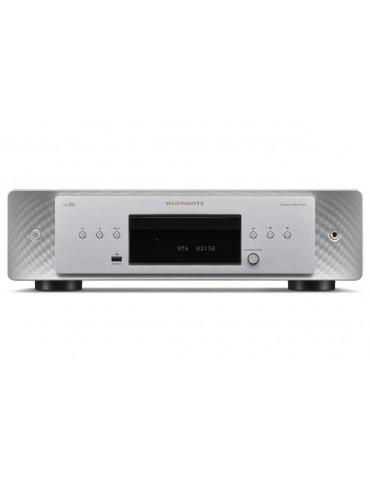 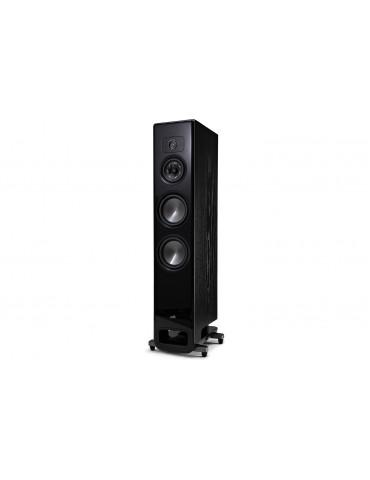 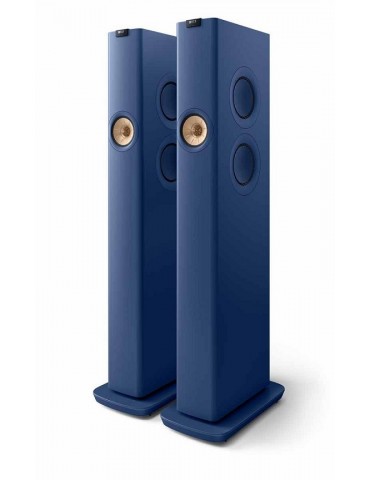 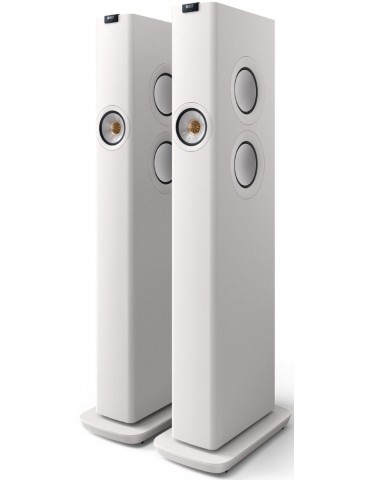 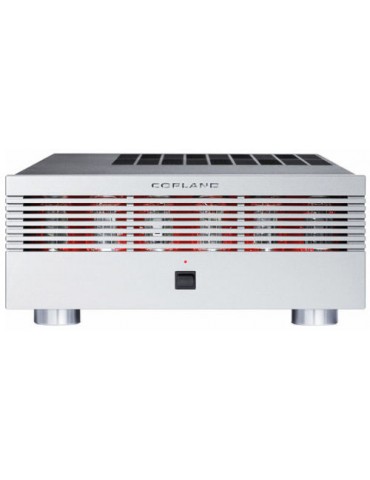 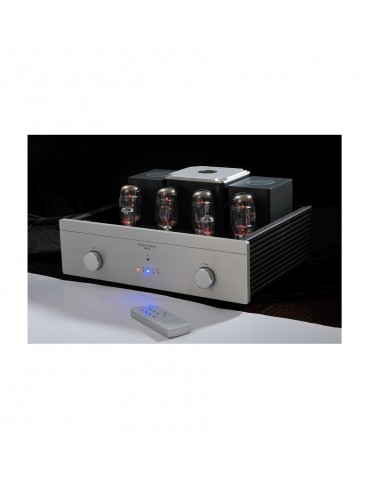 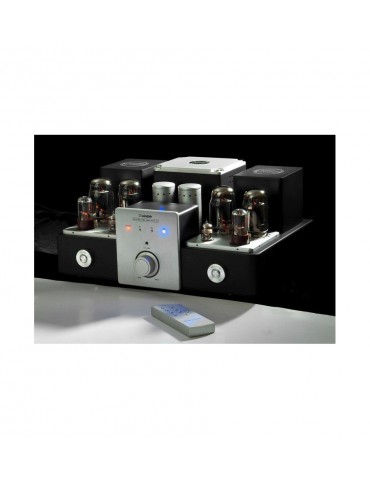 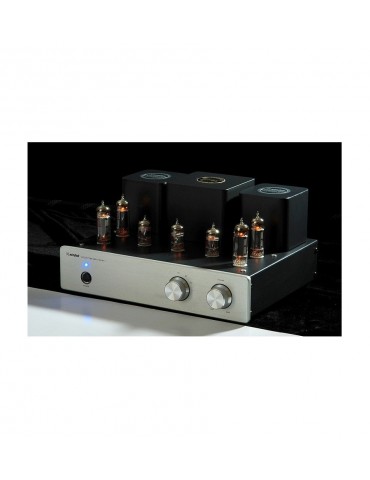 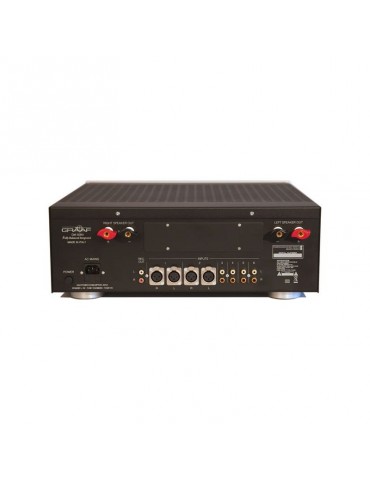 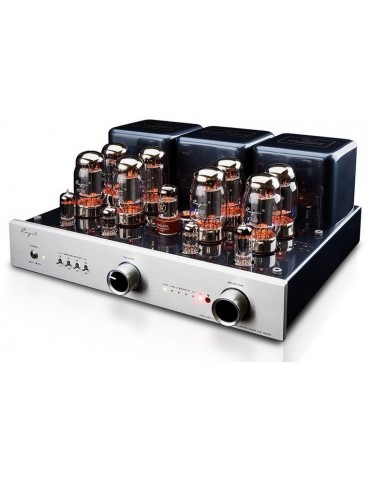 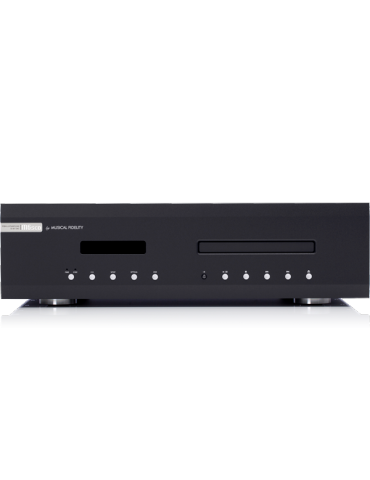 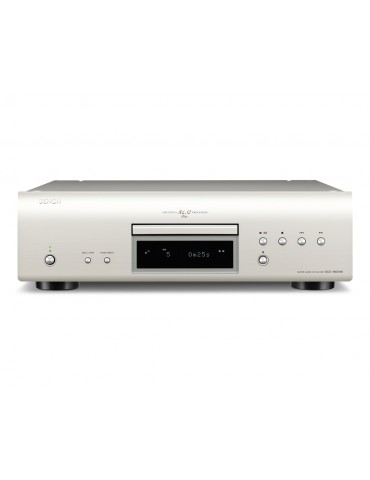 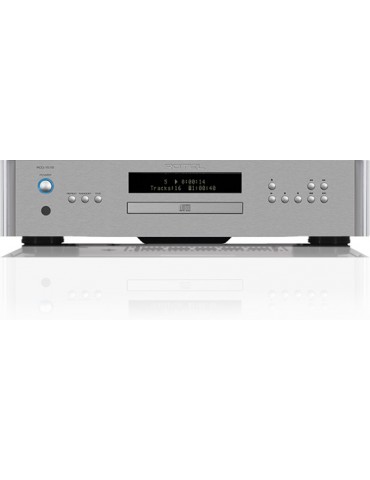 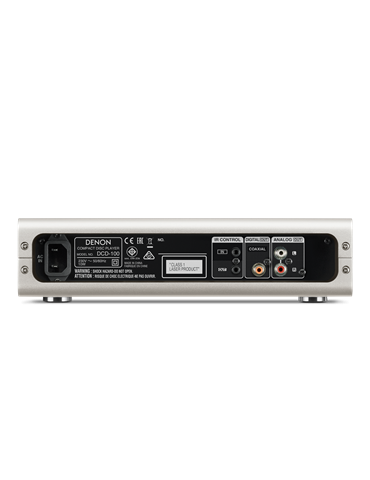 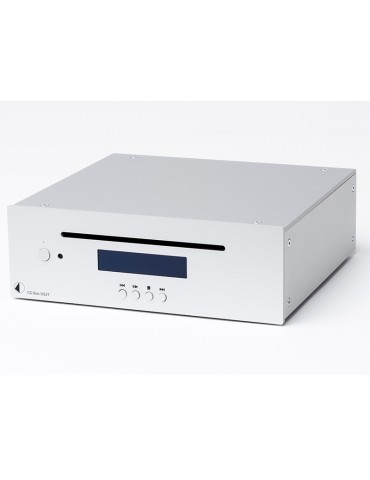 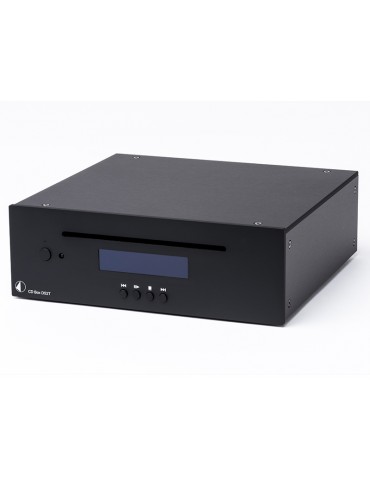 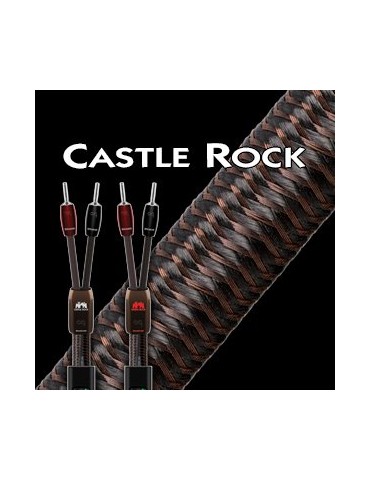 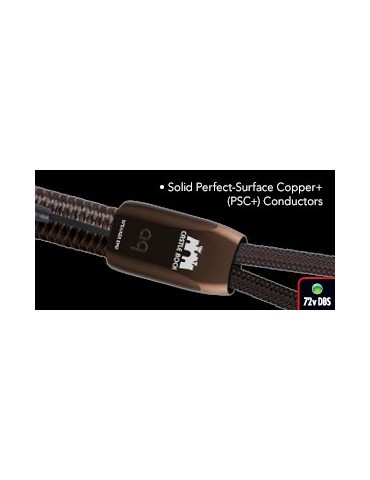 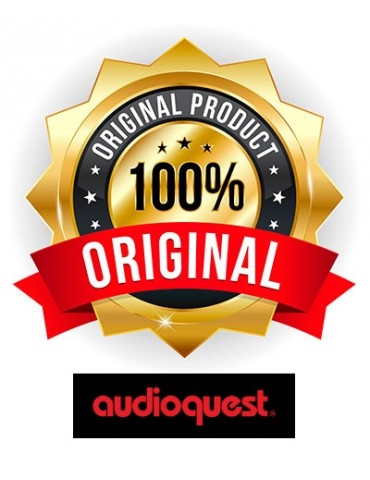 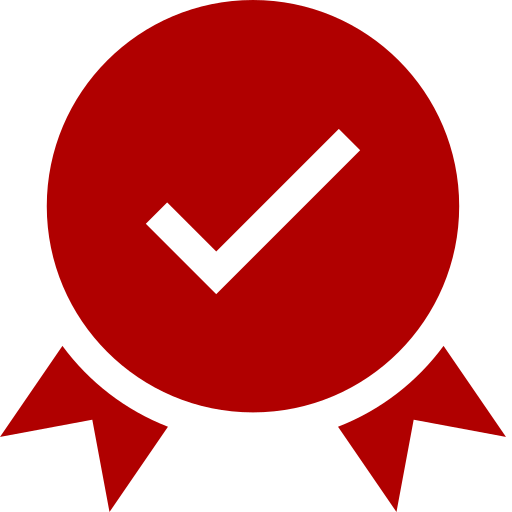 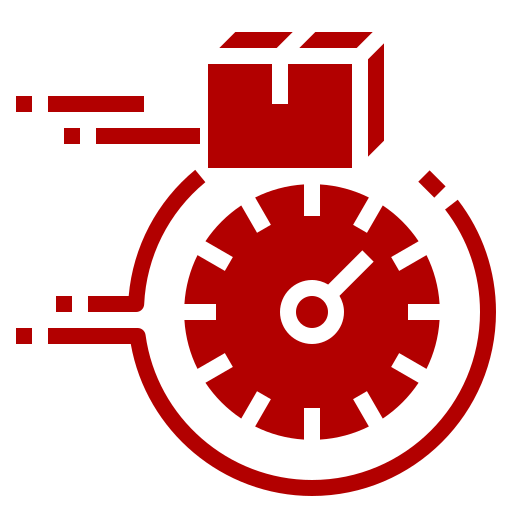 Castle Rock RIP Gibraltar, long live Castle Rock! Like Gibraltar before it, Castle Rock is designed as an extremely high-performance cable which provides true Double-BiWire performance in a single attractive cable. Original Gibraltar’s all important basics – superior geometry, magnetic autonomy of each quad-conductor section, Perfect-Surface metal technology, conductor-size optimization (AQ’s Spread-Spectrum Technology), etc. – are the fundamentals of Castle Rock. Castle Rock employs AQ’s best copper conductor metal (Perfect-Surface Copper+), AudioQuest’s DBS (Dielectric-Bias System) and NDS (Noise-Dissipation System). A very recent advancement featured in Castle Rock (and all other Tree and Rock Series speaker cables) is the addition of the sleek new “Hanging-Silver” 1000 Series Multi-Spades and Bananas. Originally developed for the WEL Signature Series speaker cables, these plugs are made using a “hanging silver over pure red-copper” process in which the spades and bananas are submerged (“hung”) into a vat of extreme-purity silver, resulting in a very thick direct-silver plate. No intermediary performance-degrading materials (such as nickel or alloy) are used. Also new to Castle Rock is a more-neatly-sculpted “breakout” (the covering where the cable separates into red and black legs), which is now made of a synthetic non-magnetic polymer, rather than metal. We’re making this all-models upgrade because speaker cables and AC power cables carry large magnetic fields which interact with any metal “collar” around the cable. Eliminating metal in the breakouts is another significant (and clearly audible) step forward in our goal of eliminating distortion and making the cable sonically “invisible.”  Please note too that AudioQuest now offers a Single-BiAmp option for any Rocket, Rock or Tree Series speaker cable, including Castle Rock. Although similar to a Single-BiWire configuration in which the speaker end has four connectors, the Single-BiAmp configuration also has four connectors at the amplifier end to accommodate the growing number of users who wish to take full advantage of all the amplifier channels in many of today’s AV receivers and multichannel power amplifiers.   Castle Rock represents the culmination of Gibraltar’s long-term evolution along with performance- enhancing new systems and materials. These ingredients add up to important audible improvements and more pleasurable listening! SOLID PERFECT-SURFACE COPPER+ (PSC+) CONDUCTORS:  Solid conductors prevent strand interaction, a major source of cable distortion. Extremely high-purity Perfect-Surface Copper+ minimizes distortion caused by grain boundaries that exist within any metal conductor, nearly eliminating harshness and greatly increasing clarity compared to OFHC, OCC, 8N and other coppers. CARBON-BASED NOISE-DISSIPATION and CROSS-TALK-DISSIPATION SYSTEMS (INSULATION): The negative conductors in Castle Rock are insulated with partially conductive Carbon-Loaded Polyethylene. This remarkable material damps radio-frequency garbage from being fed back into the amplifier. The sonic benefit is exactly the same reduction in “hash” and better dimensionality that comes whenever RF garbage is reduced in an audio circuit. Castle Rock uses Nitrogen-Injected Foamed-Polyethylene Insulation on its positive conductors because air absorbs next to no energy, and Polyethylene is low-loss and has a benign distortion profile. Thanks to all the air in Foamed-PE, it causes much less of the out-of-focus effect common to other materials. DIELECTRIC-BIAS SYSTEM (DBS, US Pat #s 7,126,055 & 7,872,195 B1): All insulation slows down the signal on the conductor inside. When insulation is unbiased, it slows down parts of the signal differently, a big problem for very time-sensitive multi-octave audio. AudioQuest’s DBS creates a strong, stable electrostatic field which saturates and polarizes (organizes) the molecules of the insulation. This minimizes both energy storage in the insulation and the multiple nonlinear time-delays that occur. Sound appears from a surprisingly black background with unexpected detail and dynamic contrast. The DBS battery packs will last for years. A test button and LED allow for the occasional battery check. DOUBLE STAR-QUAD GEOMETRY: The relationship between conductors defines a cable’s most basic electrical values (capacitance and inductance). However, even when those variables are kept in a reasonable balance, the relationship between conductors can be varied in ways that greatly affect the sound. The Double Star-Quad construction of Castle Rock allows for significantly better dynamic contrast and information intelligibility than if the same conductors were run in parallel. SPREAD-SPECTRUM TECHNOLOGY (SST): Any single size or shape of conductor has a specific distortion profile. Even though radially symmetrical conductors (solid or tubular) have the fewest discontinuities, any conductor of a particular size does have a sonic signature. SST is a method for significantly reducing the awareness of these character flaws by using a precise combination of different size conductors. The different SST-determined conductor sizes used in Castle Rock allow an exceptionally clear, clean and dynamic sound. BIWIRING: Castle Rock is an exceptional Single-BiWire cable. When the halves are separated at the speaker end, the Double Star-Quad Geometry turns Castle Rock into a true Double-BiWire set thanks to the magnetic autonomy of each Quad-conductor section. On its own, one Star-Quad conductor group would be a little lightweight in performance as it is biased towards treble finesse. The other Star-Quad conductor group is biased toward the bass; it’s more forceful and lacking ultimate resolution. Together they form a completely optimized full-range design. When separated, the Double Star-Quad design allows Castle Rock to be a maximum-performance Double BiWire in a single cable. TERMINATIONS: AudioQuest offers a wide range of high-quality connectors that allow Castle Rock to be securely attached to any type of equipment. Quality is in the low-distortion sound, not necessarily in the eye-candy effect. AQ ends are either dull looking gold or silver because these metals are plated directly over the connector. There is no shiny and harsh sounding nickel layer underneath. AQ PK-spade lugs are soft because better metal is soft, and facilitates a higher quality connection. For pieces requiring a banana plug or BFA connector the AQ PK-BFA/Banana provides unprecedented performance over conventional brass versions. APPLICATION: The ABS breakouts on either end of Castle Rock are marked “Speaker End” or “Amp End.” Please use cables in the direction required.